Why doesn’t India open an easy trade route for China

Great things have been said about the CPEC (China Pakistan Economic Corridor), the ambitious project of China wherein the Chinese are trying to open modern day trade routes along the older historic Silk Route. The only thing they are trying to by-pass – India and the Indian subcontinent. They are building huge roads across difficult terrain as well as a large scale port within Pakistan for this purpose. For more details refer the below –

China–Pakistan Economic Corridor is a collection of infrastructure projects that are currently under construction throughout Pakistan. Originally valued at $46 billion, the value of CPEC projects is worth $62 billion as of 2017. CPEC is intended to rapidly modernize Pakistani infrastructure and strengthen its economy by the construction of modern transportation networks, numerous energy projects, and special economic zones.

For this purpose, China is ready to transport its people, vehicles, infra and goods all the way across Tibet/Xinjiang provinces, through the extremely dangerous Karakoram range, and then all across Pakistan. After all this, what does it really gain – easy access to the Gulf region and further to Europe via the Suez Canal. It does save them the round trip all across the Malaysia/ Indonesia and also avoid Singapore. It is true that the piracy in the Malacca can be avoided. More on the piracy here below –

Piracy in the Strait of Malacca

Piracy in the Strait of Malacca has for long been a threat to ship owners and the mariners who ply the 900 km-long (550 miles) sea lane. In recent years, coordinated patrols by Indonesia, Malaysia, and Singapore along with increased security on vessels have sparked a sharp downturn in piracy.

The Strait of Malacca’s geography makes the region very susceptible to piracy. It was and still is an important passageway between China and India, used heavily for commercial trade.

But apart from trade links, China seems to gain sovereign control over Pakistan through these investment tactics. Well now that China has invested such huge amounts in Pakistan, it shouldn’t be surprising if China wakes up one fine day and says to Pakistan “Hey Pak, I have invested so much in you now. Unfortunately you can’t really pay it back. Why don’t you give some pseudo sovereign control over you to me.”

Should India keep waiting while China keeps building? Thats a real question at hand. Will India be at the China’s gun point if they get to cover us from the Pakistan’s side as well? Please note that China has already controls the Hambantota Port in Sri Lanka.

How China Got Sri Lanka to Cough Up a Port

And then the port became China’s.

Would India be at any financial loss, if China gets better trade access to the Middle East? Its very well known that China can build refineries (https://en.wikipedia.org/wiki/List_of_oil_refineries#China). Time will tell if the Chinese can make India’s Jamanagar refinery feel timid. Probably Reliance, the company that runs the Jamnagar refinery, already sensed this and is diversifying into telecom/digital with Jio. After all proximity to the Middle East would mean proximity to crude oil.

What can India really do?

India has been playing the victim cards on the international circuit and gaining substantial sympathy from China’s arch-rival in trade, the US.

But will international diplomacy really help. As of end 2018, several energy projects are already operational, Gwadar port is partly operational and several parts of road building projects are nearing completion (http://cpec.gov.pk/progress-update). India needs to think and act faster. Well before the onset of the CPEC, there was a mention of the Bangladesh, China, India and Myanmar Economic Corridor (BCIM Corridor). This in fact should be a lot more exciting for China from a pure trade perspective. China is essentially the eastern part of China. The Western regions of Xinjiang/Tibet are relatively backward and there are still political problems that China needs to sort out within. These are still autonomous regions. Its the eastern and south eastern regions of China that are densely populated, where Chinese people work hard to generate all the Chinese goods we see in markets all across the world. A simple look at the highway density in China would make it extremely clear.

Now if the Chinese get any form of access to the Indian highway network, port network and other infrastructure via Myanmar then its a short cut by passing the vast Western Chinese regions. All the Chinese companies would definitely love such an option. Apparently BCIM didn’t really take off as fast as CPEC did. All that really happened was an adventure group from Autocar India drove across the broken roads into India from China in a couple of Audi Q7 en route from Germany to India.

Myanmar is probably still fighting Rohingyas and it would take time for it to become a stable site.

At the same time, India does have a direct border with China as well on its eastern side, albeit across the disputed territories of Arunachal Pradesh (https://en.wikipedia.org/wiki/Sino-Indian_border_dispute). If the two sides can keep their border disputes aside and put across a plan to link their roadways via Arunachal for trade purposes, it can greatly benefit both the countries. While this region is also mountainous, it is far lesser challenge as compared to the Great Karakoram. There are also a few sweet locations like the Chayu river valley where in a road construction can easily connect the two sides. And these sweet spots could be used to build across a direct gateway for China to all of the Indian infra whether it be the Golden Quadrilateral or the ports across the entire southern Indian subcontinent from Mumbai to Kolakata. If nothing comes up, at least the Indian markets can get Chinese goods directly over land leading to a reduction in prices. A lot of mobile components are actually flown over to Delhi nowadays. And thanks to such economic activity the states of Arunachal and north-east can definitely reap some development on the sidelines. The Indian government should probably throw a proposition to their Chinese counterparts for bridging across their highways across the Arunachal the way they did with Pakistan leading to the opening up of the Kartarpur corridor. India builds and operates its side of the corridor while China builds and operates on its own side. That would be a pretty economically beneficial proposal to both India & China. After all, the world is headed to become a gloconomy. Rival countries continue to have very deep trade ties. Best example would be the China & the US. 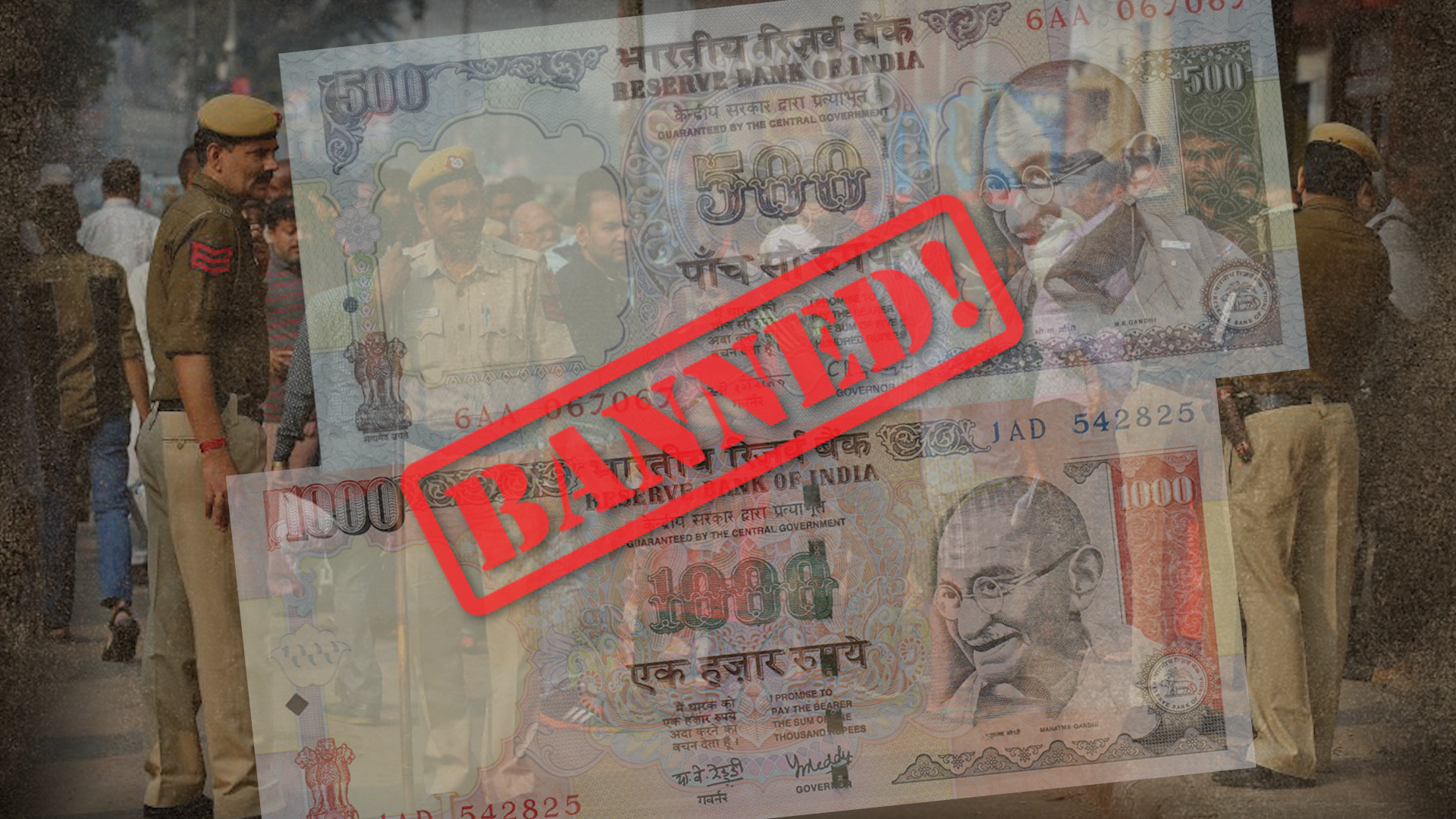 There has been a lot of hulla-gulla/shoo-shaa/noise on digital payments in recent times. Thanks to the note ban. Every body is driving their own agenda with digital payments.

In this entire picture nobody is thinking about the end consumer. What does he really care about?

Before we try to answer this question let’s look at cash first. Cash is KING. Its as simple as that. Two reasons:

Lets go deeper into what these 2 things mean. A few instances of acceptance:

As an accepter of Cash the only downside I see is the risk of receiving counterfeit Cash and of course the need to carry, count & manage it. Cash is physical!

Coming to the second point, well if the first point is so strong then it is natural that people are forced to give cash and they are already well used to now. Moreover the self reliant nature of cash makes it pretty easy to transact with. Self reliant in the sense it does not have any third party dependence for transacting – no machines, no network, no bank accounts, no wallet apps, no settlements, no transaction failures, no frills. Actually not really you still need a pocket, purse or at least your fist, essentially a little space, to carry it at least. The only downside of Cash as a giver of Cash that I can see is the it needs carrying and thus opening fears of theft. Cash is physical!

No doubt Cash is KING.

We are all living in an era of Fiat Money across the world. The cash we hold has no value in itself without the guarantee by the government. Yet cash is KING. Cash is physical and that gives everyone the feel that it is real ’cause they can actually feel it.

Now on the other hand Digital payments rely on virtual money. You can’t feel it. It is actually information money – information that is getting recorded somewhere whenever a transaction occurs. One can’t see it or feel it in any form apart from seeing some numbers in their account statements provided they trust the account statements from the banks.

Well summarising what cash brings onto the table –

Well there is the point of security and trust/comfort factor but that comes as a derivative of the above ones itself.

Now when it comes to digital payments we really need to encapsulate these aspects of cash transactions within individual digital transactions. Not quite an easy task!!!!!